If Ryan starts doing screencasts I will definitely start learning it!

Have to say, there’s a lot of buzz around Elixir and Phoenix at the moment - anyone used it yet? What do you think?

It’s second on my to-learn list (after react.js). Really want to get into functional programming and Elixir seems to be the nicest way out there to do so. I will be following comments and feedback here with great interest.

I’m not a big fan of Erlang/OTP, so I’ll admit I haven’t had much interest in Elixir.

Here are some interesting slides: 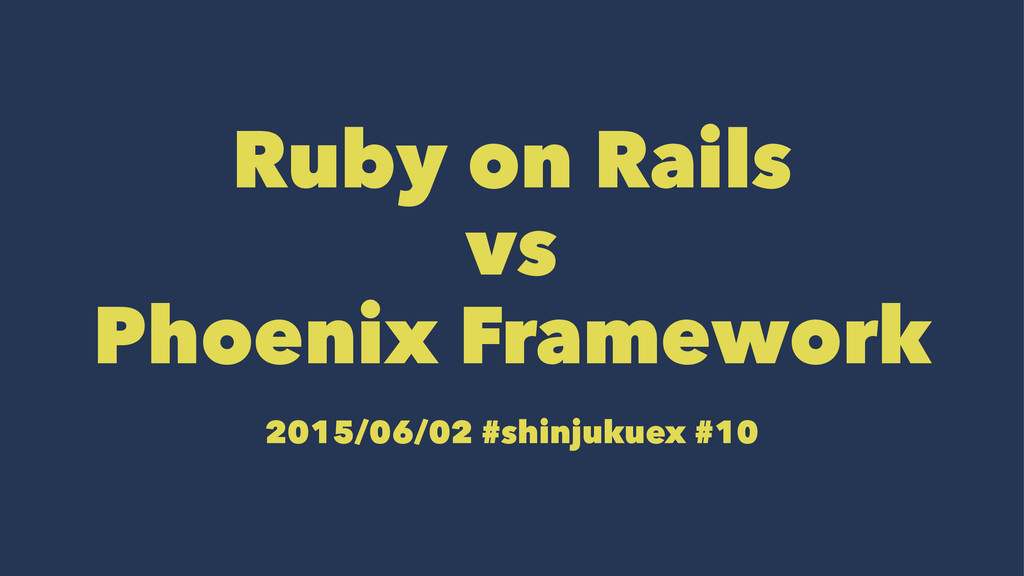 comparing Phoenix to Rails in development

Is there a video for that slides?

I don’t think so @JikkuJose

This is a really interesting talk:

You can get 39% of Elixir books on Manning with this code: tanweihao39

The Little Elixir and OTP Guidebook

thanks for sharing AJ, both look good!

This caught my eye in the intro in EIA: 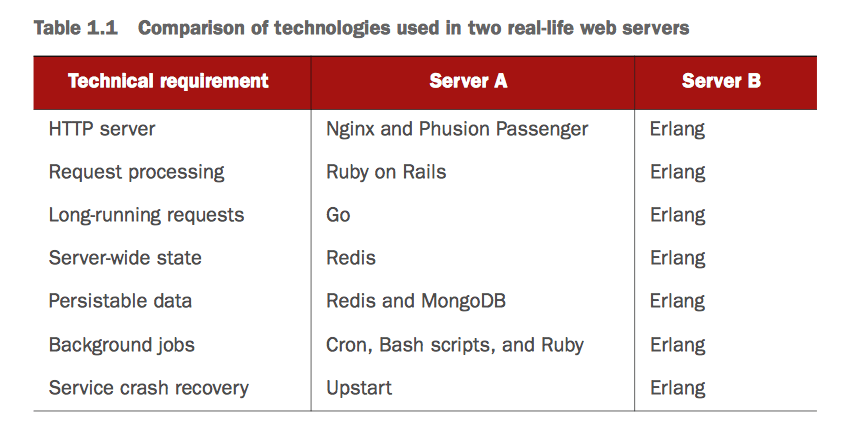 Hmmmm wonder if we could have Opal (Ruby) on the client-side and Elixir on the server!

does this mean that Erlang/Elixir can do all of the above ?? or is it Server A and Server B ?

Basically, the author is talking about two server systems he’s set-up and used professionally - I’ve just got to it so haven’t read his assessment yet. Check it out here it’s in the sample chapter: http://manning.com/juric/elixir-in-action-CH01.pdf

More I read about Elixir the more I am really excited about it. So far I feel like it’s as close as possible to Ruby (to look at) but on Steroids

I’m just not sure I can get around the whole functional programming thing - I do love OOP.

Like @AstonJ said, Erlang can do all of this out of the box!

It’s a very interesting languages, that I personally hope will win forward with the introduction of Elixir.

It does sound like a very powerful language indeed. I think FP is the way of the future, due to its suitability for parallel programming. It seems to me that Elixir is definitely something worth investing in.

The funny thing is I always said that I did not want to be a Polyglot! #RubyEverywhere haha

You can still be a Polyglot but only using cool languages.

I can live with that Fred, and… I just bought both of those books

Anyone else fancy learning Elixir? Maybe we can share tips, help each other out etc.

/Merged thread into this one/

Yes, I’ll give Elixir a go

Awesome! I posted coupons to get 50% off (or if you missed it 39% off) of the Manning books in the other thread if you are interested. (I’m also considering getting Introducing Elixir as seems to be a good introduction to functional programming).

At this stage, I just want to see if I can get my heard around FP… I’m not the brightest spark you see!

Maybe we can use this thread to see how we’re getting on? Tho feel free to start a new thread if you like