What do you use?
What would you use or look at for your next app? 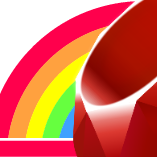 Contribute to seattlerb/vlad development by creating an account on GitHub.

I’m a fan of package based deployment.

What kind of tools do you use @Supercommuter?

I’ve been playing with docker again, at least for smaller pieces of our infrastructure.

Standard Debian packaging tools. I just follow the convention for a source package.

I wonder if you could do a write-up or blog post about that @Supercommuter? Sounds like an interesting way to deploy an app…

I just git push. It’s simple. Set up multiple repos to push to for different purposes and push where you’d like.

Mina has a rollback feature now which was one of the main reasons I didn’t go with it last time. This looks like a pretty good Rails/Mina tut: Rails Deployment Tutorial