Comments or no comments?

There are those who like comments, and those who prefer to use (very) descriptive method names and often instead of comments. What do you prefer?

Personally, after revisiting code that I haven’t in a while ago, I am glad I left comments such as this:

I feel that your comment just reiterates the code, especially if coded in small, incapsulated methods:

conveys the same information as your comment for me.

So, yeah, I’m in the other end. I don’t like comments that just reiterates the code. What I need in comments are more an answer to why.

Yeah, I’ve got something to that affect too… but I kinda like having a narrative - I mean, it’s easier to understand English (especially in the way you would normally speak it) than code (even Ruby).

I started doing a lot of this after reading some of Nando Vieira’s paypal-recurring gem, I was so impressed by the comments because they almost act like a manual:

Then DHH wrote that post about using highly descriptive method names instead, and being lazy, I adopted that. Looking back now tho, I think I prefer more commenting - because I feel it makes things much easier for when you go back. I also think I am not that keen on longer method names - guess there has to be a balance.

I tend to not use comments a lot and prefer code that is clean and elegant, to the highest practical extent. This isn’t always the best strategy, since code sometimes needs some complication to work properly (e.g., in a game), but I often feel like writing a bunch of comments to explain the code detracts from the beauty of it (assuming the code in question is beautiful). Also, writing comments between writing code exhausts me and often makes me write worse and less code (plus I feel like I’m repeating myself, which I hate doing).

Granted, I sometimes write comments for really quirky stuff that I definitely won’t remember, but mostly I try to write code that speaks for itself and doesn’t require too much thought or explanation.

Anytime you write a protocol (a standard to be accepted by all) it should have very thorough comments. If you’re writing anything that has a reason for specific implementation that should at least be commented. If you want to maximize the amount of people who use your library you should document every method. Those who don’t care for comments aren’t prevented from using code that has them. And many people won’t use code that isn’t properly documented.

I’m a fan of what the Rust language is doing in writing documentation on everything extensively that automatically gets exported into visually appealing documentation. It’s nicer when we don’t have to write the documentation separately from the code because then we’d have to manage the code in two places to make sure either is out of date. OH! And Rust’s code comments get evaluated with testing to verify correctness! Sweeeet!

Ruby has some great libraries for documenting methods. I prefer YARD for a minimalist approach. I don’t generate local documentation, but I appreciate all of the Ruby websites that have turned the gem libraries rdocs into web pages we can lookup.

All that being said I generally don’t document code unless it’s for others.

I use comments as documentation.

Documentation for those consuming the api. How to use the api.

Documentation for those maintaining the api. Why it’s written this way.

I try to only comment at the method level.

One place I would appreciate seeing comments is where dependencies are included. Just a brief mention of what it is and what part of the application it is meant for. So comment the Gemfile

I used to be a comment minimalist. But the more I return to my code, the more I’m tending to add comments. To explain how far I’m moving it would be worth describing some end points:

Bad
Comments that just repeat what the method name does:

That comment adds absolutely no value - and is just some additional content that needs to be managed. If a method definition explains the functionality then you should not add comments. Only add comments if they add value.

In fact I would go further than that - writing methods so that they self-document is good practice. In my book, the above is bad, but this is worse:

Comments should only ever be a clarification - they should never be the only explanation of the functionality. If you have to comment for people to be understand what your code is doing, then you need to rethink the way you code.

Good
The one file that I almost always add comments to (and one I think is too often not commented) is Gemfile. The main issue is that it is not always clear from the name of a gem, what functionality that gem is adding. The occasion that brought this home to me was when I was trying to track down where some database functionality was coming from. The functionality was added by the texticle gem, but it took me a lot of time checking through the READMEs of other gems before I worked it out. So now, if the name doesn’t obviously describe what the gems does, I will added a comment describing the gems functionality and/or why it’s been added to the app.

Another place I will always comment is where I have taken an unusual decision in the way I code. For example, because of an obscure bug I have had to handle an object in an unusual way. Such things should always be commented.

Inbetween
Recently I’ve started to comment classes. That is, I’ll add a comment to the class object describing what it does. It can often be difficult to choose a concise class name that fully describes what the object does and/or its place in the application. It is easier at the method level because what a method does is so much more limited. But a class is that little more complicated and therefore, that little more difficult to describe just by it’s name.

I will also try to include this in the commit message.

Do you use long format commit messages then? Rather than the brief git commit -m "did the thing"

Awesome! They have a Vim plugin.

. What’s the way to enter a longer commit message? I don’t recall atm.

From the command line, you just type git commit. No -m.

Vim users should definitely get GitHub - tpope/vim-fugitive: fugitive.vim: A Git wrapper so awesome, it should be illegal.

Emacs users should definitely get magit.

Great point - that the git commit messages are an important part of the documentation.

I once worked on a project where every commit message was “done what you fucking told me to do”. Unsurprisingly, that said all you need to know about that project.

Also do other people think of their tests as a form of documentation?

And don’t forget the README. I hate projects that don’t have a decent readme.

Yes, each development need à full coverage with RSpec. Used while I develop and for explain what is expected in normal usage. Useful for any further evolution on the code, but not so easy for developers who just want use it (as a lib, or a gem). In this last case, documentation and comments are preferred. So, I think it depend what is your target.

Tests as documentation? No.

Tests make really nice, isolated examples. But they can’t tell the whole story. That’s why I think you you need all of those things. Comments, README, Changelog, Commit history, tests, etc. It’s all part of telling the story.

Thankfully not. Minitest: keep it simple. keep it ruby.

Long ago, I was told by someone that I respected that good code should be self-documenting. This is back when I was doing Java, and I didn’t agree right away, because I believed that comments were useful to describe portions of logic, for Javadocs, etc. However, the more that I thought about it, the more I saw opportunity for smaller methods with better names, better variable names, better class names, and overall better design. Eventually, I got to the point where comments were hardly every necessary. A few years later, I had started into Ruby. Over the last several years in Ruby I’ve found that, whenever I use a comment, it is almost always because I’m doing something wrong.

When they are wrong:

But, I think it is helpful to first consider a comment a possible indicator that there is a better way of doing something. 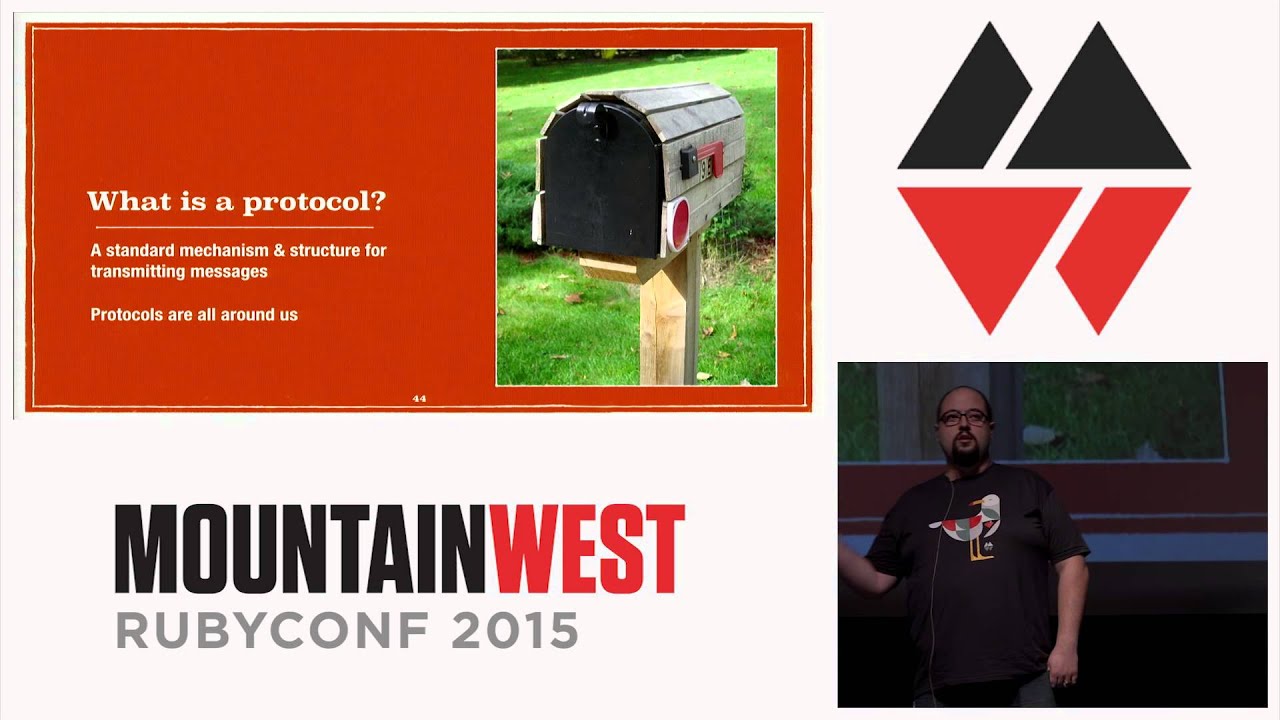 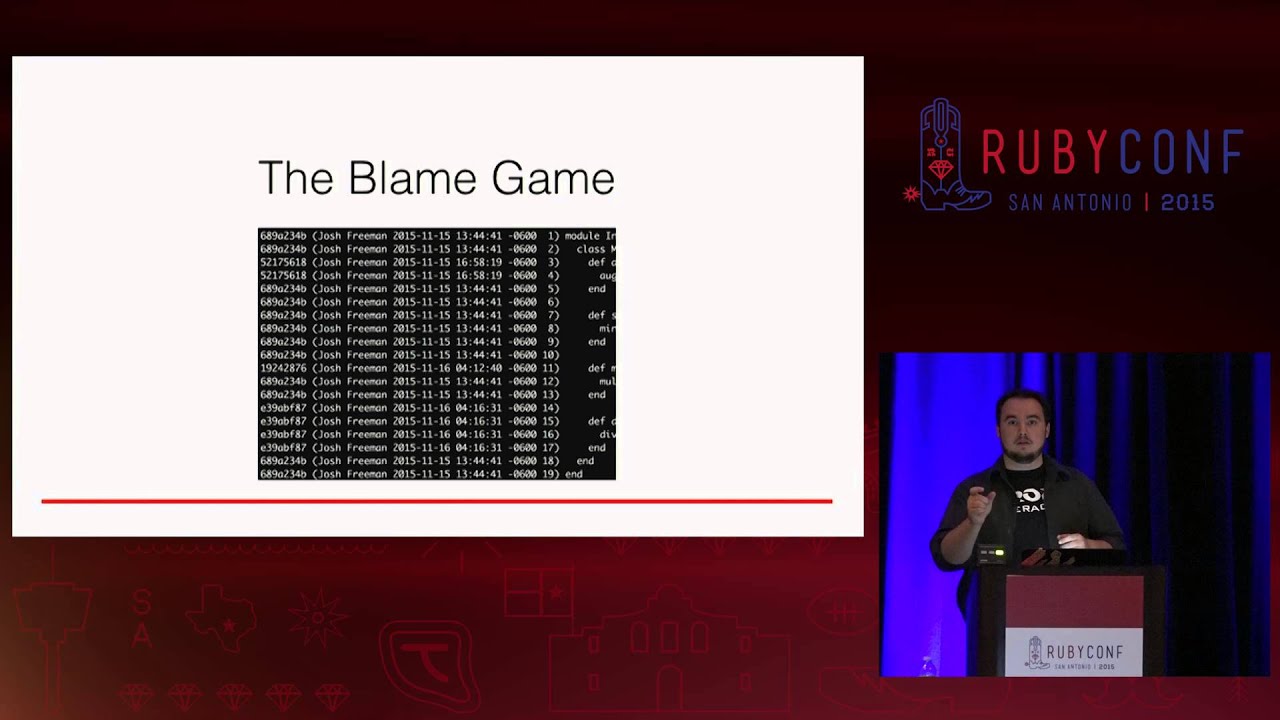