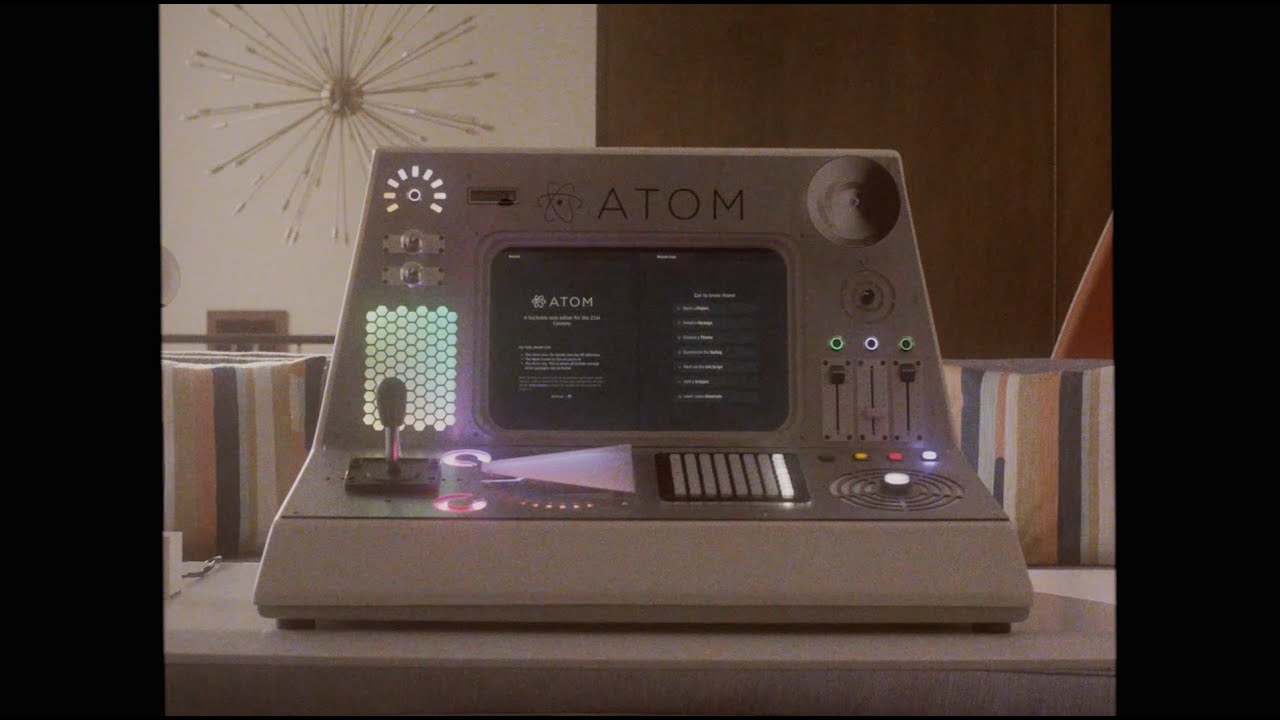 [quote]
Atom is a text editor that’s modern, approachable, yet hackable to the core—a tool you can customize to do anything but also use productively without ever touching a config file.[/quote] 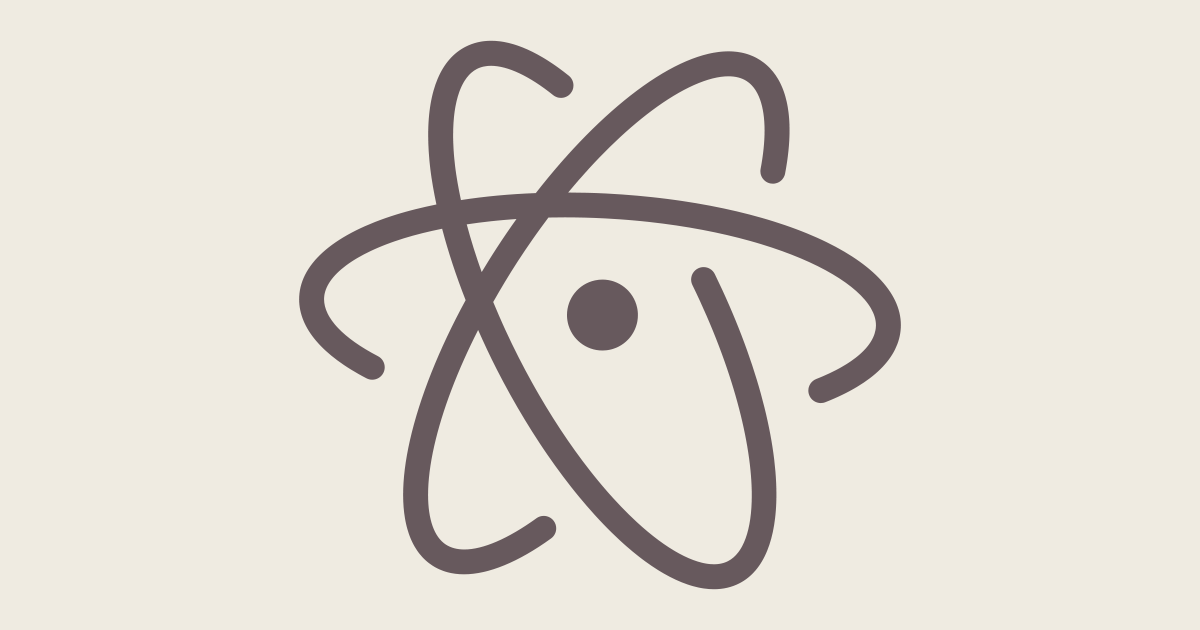 A hackable text editor for the 21st Century

At GitHub, we’re building the text editor we’ve always wanted: hackable to the core, but approachable on the first day without ever touching a config file. We can’t wait to see what you build with it.

I’ve tried a few different times, most recently a couple months ago. Did not like.

I found it buggy and unresponsive, even considering that it was still in beta.

I tried it before they switched away from React: Implement text editor DOM updates manually instead of via React by nathansobo · Pull Request #5624 · atom/atom · GitHub and they did for good reason. I like that they’ve written it in CoffeeScript. I wouldn’t mind giving it another whirl.

I tried it back when it was in “closed beta” or whatever. It was a nice new look and break from my Sublime Text, however it was (and still is) so slow.

I tried going back a few months ago. I ran with it for a couple of weeks, but ultimately decided against it and went back to my beloved Sublime Text

Atom user here. Switched from Sublime a few months ago. It still has some issues, but it is improving

I use these packages and find them pretty useful: (in fact I have done some work for the rspec package) 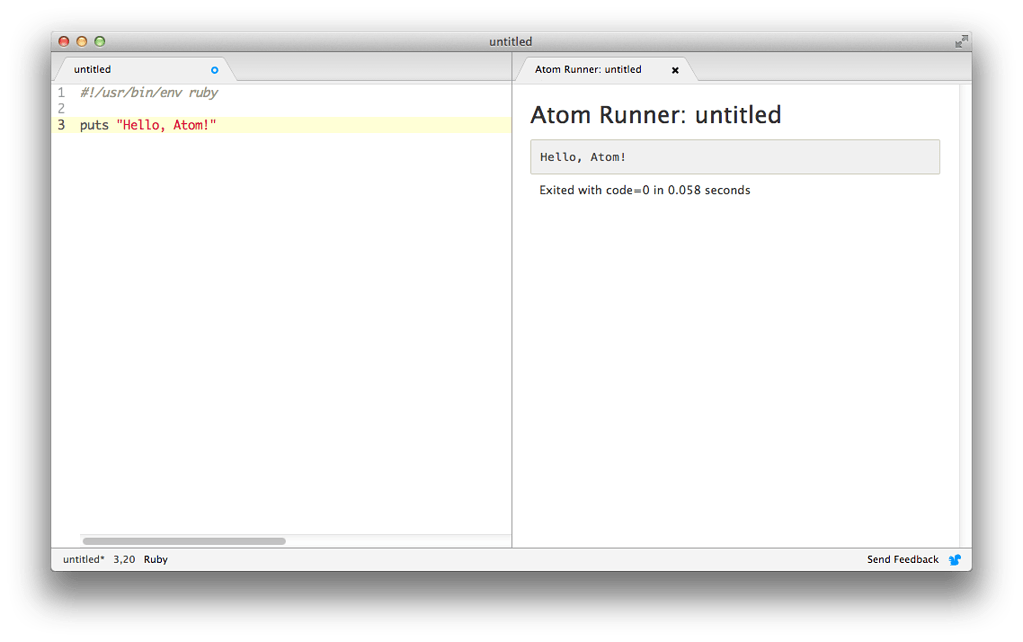 Runs scripts inside of Atom. 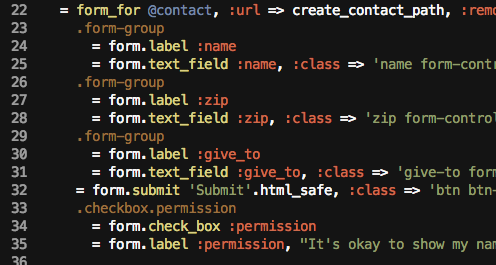 Right now I am using Atom 1.0. While comparing to Sublime text, Atom’s performance needs to be improved.

I’m using it at home. Very happy with it. I like the idea that it’s completely free and open. Also, I like that it’s quite easy to write your own package (recently I’ve made one). Now it’s not laggy as was before. For me, it’s not laggy at all.
Although I like it, at the job my main instrument is RubyMine.

BTW what packages / addons you guys recommend?
I want to try it on OSX first (since I don’t it to be portable on OSX)

Packages for Atom? I think you should just try to use the editor and find something that suits for you. I mean… It’s an editor. You shouldn’t create an IDE from it.

Currently using RubyMine.
But I like Atom and use it once in awhile.

Perhaps the thing I missed the most while switching from Sublime to Atom was the ability to switch between Ruby source code and test files with a single keystroke. That’s why I published ‘ruby-test-switcher’, inspired by the awesome ST2 Ruby Tests plugin. Check it out @ ruby-test-switcher. Happy hacking!

I tried it so many time. It seems cool, at least cooler than sublime but still I use Emacs it much easier to enhance and faster to use.

What does Atom offer that Vim doesn’t?

The thing I love most about Vim is the extremely efficient use of space - I don’t think I could live without split windows/panes now.

(a.k.a. pico/nano). Zero learning curve. Vim and Emacs don’t offer that. And Atom is just bigger.

What’s alpine? Nano has zero learning curve but I don’t know any devs who’d use it

Alpine is where you get pico. It was odd that they packaged the editor with the command line email client Alpine. nano is a pico clone.

I don’t know any devs who’d use it

I thought you knew me? GitHub - danielpclark/heroku-nano: Add pico (nano) text editor to the bash console on Heroku. NOTE: Compile the src directory, copy nano from there to ~/bin

I’ve actually been using Atom for a month now. Can’t explain why, but since they fixed most of the really bad perf issues, its actually been pleasant to use.

I use it a lot as my quick and dirty editor - especially when I am outside of a ruby environment and want something a little more powerful than a simple text editor.