Not really a tip - but upgrade to the latest version of MacVim as it contains a fix for the native full-screen mode problems on Yosemite.

Also, consider mapping your leader to a more convenient key. I like the spacebar myself.

Pair program with CoVim. It’s your tool for Collaborative Editing for Vim.

Use ngrok to open a port for external access and share your session to pair program with others!

Another tool that looks like it has more options is wemux.

Switching buffers! You can open multiple files and switch between buffers with :bn and :bp for next and previous. This gets tedious as you open many files. Likewise you can write part of the file name you want with :b filena and hit enter to open it. You can press tab before enter if you want autocomplete and see the file name, but that is not necessary to open the file. You can toggle between files by extension by typing it and then pressing tab until you get to your desired file :b .txt tab - tab - tab

Also :b# will switch to the last buffer you were on.

I don’t like typing the : for all these buffer commands, so I mapped buffer commands using my Leader (which I have set as the SPACE). So SPACE b filena for example.

I’ve installed it with gem install seeing_is_believing and add the following to my .vimrc file:

If you use Vundle as your package manager add

in your plugins sections and then install it. Now you can auto-compute the Ruby code inline!

Speaking of buffers, here’s what I wrote about them on my blog: 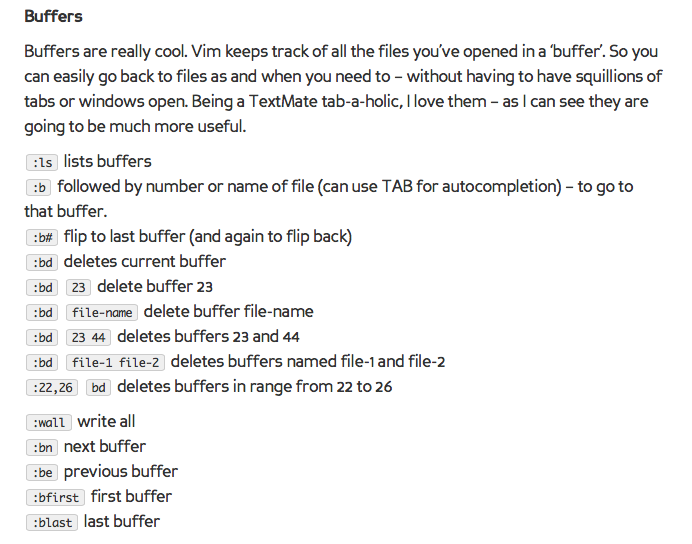 I don’t use them so much now - split windows is probably my most used/favourite feature.

I still have “trouble” with buffers, it’s amazing how powerful they are.

I’ll just share one I dealt with a while back that was a kind of eureka moment, which I find funny because it’s so simple and dumb. Equalize the size of split windows:

Great thread! Although, I’m fairly new to ViM I thought I would share my personal favorite. I’m Not sure if I overlooked this one, so I apologize if it’s a duplicate.

while in a document, just type a number and press Enter in order to skip that many lines from your current location - no need to preceed with colon:

I think you get the drift.

Have fun while brushing up your skillz

VIM Adventures is an online game based on VIM's keyboard shortcuts. It's the "Zelda meets text editing" game. So come have some fun and learn some VIM!

as the shorthand to read from an external command and write it into the buffer. Run some Ruby command with code to get a random number.

Automatically make directories when you edit. Use this plugin to skip the intermediate part of manually creating a directory every time you want to edit a file in a new directory.

hrm… I may install this. That’s a thing I miss from EMACs.

There are a few quick tips in this video (anyone bought the book btw? Any good?) 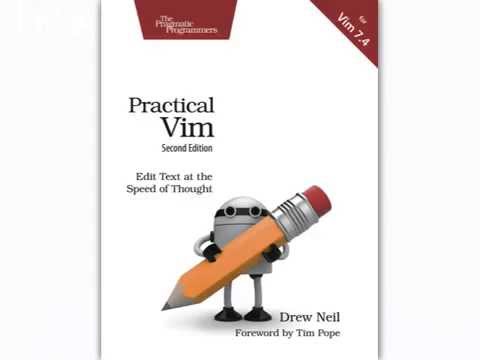 It doesn’t look like it was mentioned before. If you use vim and you use git, you should install GitHub - tpope/vim-fugitive: fugitive.vim: A Git wrapper so awesome, it should be illegal.

Add to your vimrc so Nerdtree opens automatically with each tab and the same state as the last nerdtree: